The use of recording devices is not permitted in this theater. Please report all suspicious activity to theater management. Use of audiovisual recording devices may be punishable by up to three years in federal prison and a fine of up to $250,000. Recording any portion of the trailer and/or feature film is against the law. Violators are subject to arrest and felony prosecution. 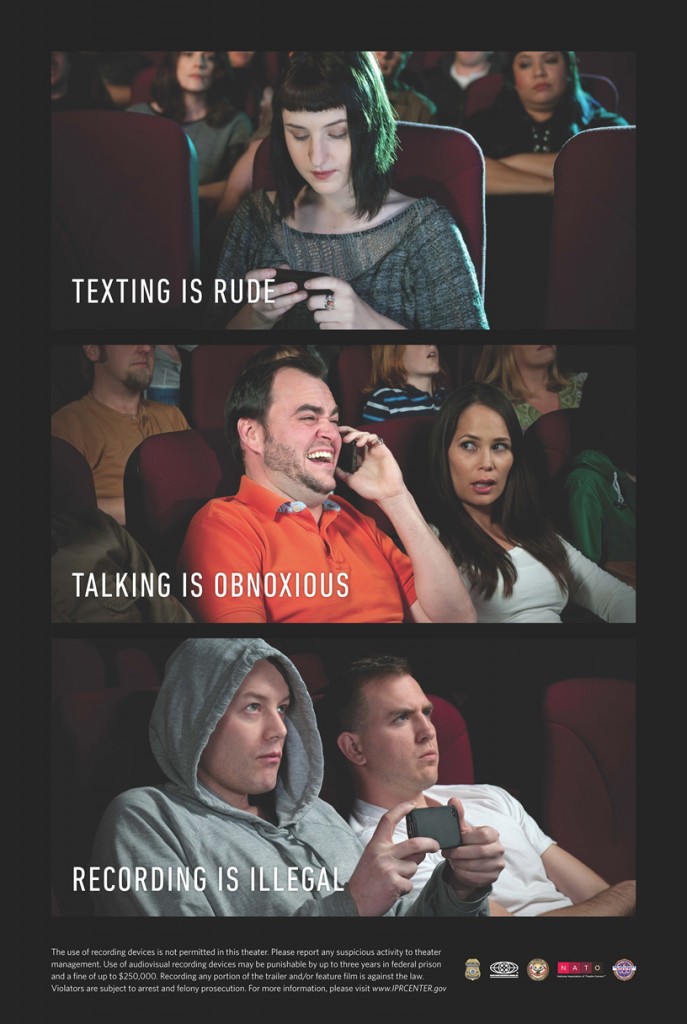 Approximately ninety percent of newly released movies that are pirated can be traced to thieves who use a digital recording device in a movie theater to literally steal the image and/or sound off the screen. Camcorder theft is one of the biggest problems facing the film industry. All it takes is one camcorder copy to trigger the mass reproduction and distribution of millions of illegal Internet downloads and bootlegs in global street markets just hours after a film’s release and well before it becomes available for legal rental or purchase from legitimate suppliers. Studios and theater owners have significantly increased security and surveillance in theaters all over the world to thwart would-be camcorders. Since 2003, the major motion picture studios have employed technology such as watermarking films, which enables film companies to discern the source of a stolen film through forensic analysis and trace it back to the very theater in which it was recorded.

Check out the MPAA’s website for more information on theft.