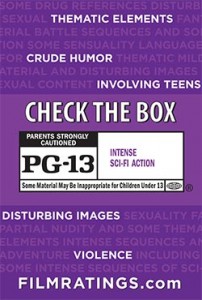 Use the rating system to “Check the Box” and decide if a film is right for your family. The information in the box includes the letter rating, designating the level of content in the movie, and also the descriptor, giving a snapshot of the elements in the movie that lead to that rating.

CARA’s recently announced campaign further enhances their educational tools for parents, with an updated rating block and trailer tag. As demonstrated below, the trailer tag gets to the point and tells audiences that the trailer they are watching is approved to play with the feature they came to see. This does not represent a change in the way they approve trailers and other movie advertising, but rather is a clearer and more accurate description of their approval process. This process considers various factors, including the content and rating of the feature and the advertised movie, in approving trailers that are compatible with the feature and its content.

The ‘Check the Box’ on-screen PSA’s can be downloaded from Technicolor’s ‘Trail Mix’ and/or Deluxe’s ‘Trailer by Deluxe’ hard drives (shipped weekly to theaters).

The rating block, too, has a new look with a more prominent rating descriptor box. Rating descriptors have been an element of every PG, PG-13, R and NC-17 rating since 1990, and each descriptor will continue to be tailored for every individual movie, as they have always been. The new box places a renewed emphasis on the descriptor to encourage parents to use this important information when making movie choices for their families.

Below you will find an image illustrating the changes between the old and new trailer tag and rating box. 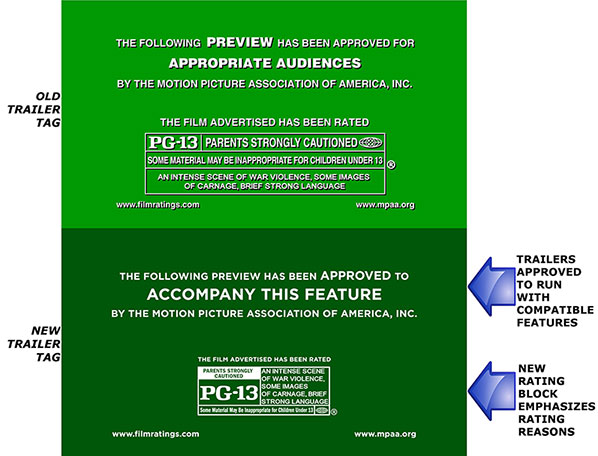