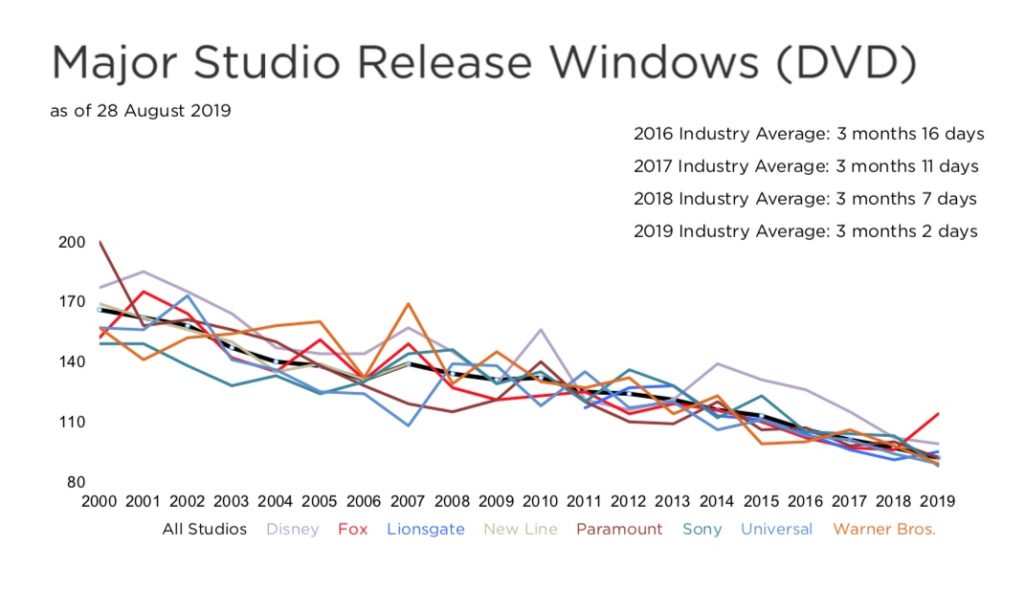 EST is for purchase only, meaning lower-priced rentals and subscriptions are not available.

We have included data on EST release dates back to 2012, when the practice of moving the EST release ahead of DVD first took hold.