At NATO, one of our most significant priorities in Washington is acting as an effective voice for our members with the government.  Favorable laws and regulations are essential to keep movie theaters in the United States healthy, prosperous, and sustainable.

But no successful legislative campaign is complete without business owners talking directly to their elected officials about issues of concern to their industry.  It is key for Senators and members of Congress to hear directly from their business constituents, the people responsible for job creation and economic investment within their communities and cities, about how policies and laws impact their ability to remain community anchors and conduct business.  When movie theater owners and operators answer the call to project the voice of exhibition in our nation’s capital, not only are they acting as advocates for their own businesses, but they are ensuring that the industry has a seat at the table when Congress or a regulatory agency is deciding on a policy that will impact all theaters.

NATO members from across the industry gathered in Washington, DC in mid-November to lobby Congress on tax legislation.  Exhibitors met with 35 House and Senate offices to discuss qualified improvement property (QIP) depreciation, urging them to fix the 39-year depreciation schedule for property improvements.  In addition to meetings with members of Congress who represent their theaters, exhibitors teamed up with representatives of the restaurant industry to talk about this issue with House and Senate leadership offices and press them to put this legislation on the list of bills that need to pass during the lame-duck session.  As of this writing, Congress has yet to pass technical corrections legislation to fix the QIP depreciation error in tax reform.

But what’s QIP, and why did exhibitors care enough about this issue to lobby Congress?

–Qualified leasehold improvements: Improvements made to the interior portion of a nonresidential building by a leaseholder.  The improvements had to be made more than three years after the building was first placed into service.

–Qualified restaurant property: Defined as a building, or improvement to a building, of which more than 50% of the square footage is dedicated to preparing or serving meals.

–Qualified retail improvements: Improvements made to the interior portion of a nonresidential building used for retail.  The improvements had to be made more than three years after the building was first placed into service.

Unless otherwise specified in the tax code as having a shorter depreciation schedule, other property changes were subject to 39-year depreciation.

In 2015, Congress passed legislation creating a new category of property: qualified improvement property, or QIP.  QIP was defined as interior improvements made to nonresidential real property after the building was placed into service.  QIP improvements did not need to be made pursuant to a lease (as was the case with qualified leasehold improvements), and could be made the same year that the building was placed into service.  QIP improvements weren’t subject to the shorter 15-year depreciation schedule, so Congress made these improvements eligible for bonus depreciation.  Under Section 168(k) of the tax code, properties eligible for bonus depreciation can immediately deduct a percentage of the acquisition cost of certain assets.  So while QIP improvements depreciated over the longer 39-year schedule, business could take advantage of immediately expensing some of their costs.  The costs of certain kinds of improvements, like adding an escalator or elevator, enlarging a building, or changing a building’s internal structural framework, could not be depreciated.  But other assets, like new seats, for example, would be subject to depreciation.

In other words, a lease-held movie theater making interior changes—like installing new reclining seats, updating a concessions area, or putting in new lighting systems, for example—to a property that was at least three years old could depreciate those improvements over 15 years, but could not be eligible for bonus depreciation.  Movie theaters that were owned outright could make improvements to newer theater properties and depreciate those over 39 years, but could qualify for bonus depreciation.

During the 2017 tax reform process, Congress intended to simplify these different categories, give all types of interior improvements a 15-year depreciation schedule, and give businesses a further benefit by making these improvements eligible for 100% bonus depreciation.  But that’s not quite what happened.

In the Tax Cuts and Jobs Act (TCJA), Congress amended the tax code to remove qualified leasehold, restaurant, and retail improvements as separate categories, and instead, consolidated all such improvements under the qualified improvement property category.  Congress then intended to make the necessary changes to put QIP in the category of properties eligible for a 15-year depreciation schedule.  But that never occurred.  In what is referred to on Capitol Hill as a “drafting error,” Congress made a big ole typo:  They forgot to copy and paste the language into the right section of the tax code so that QIP could be eligible for a 15-year depreciation schedule, thus defaulting these property improvements to the longer 39-year schedule.

This mistake also meant that businesses could not take advantage of another intended benefit, 100% bonus depreciation.

Before tax reform was enacted in 2017, bonus depreciation was scheduled to phase out completely by 2020.  In tax reform, Congress modified this aspect of the tax code to allow businesses to expense certain assets at 100% through 2022, and then phased out bonus depreciation from 2023-2026.

Qualified improvement property: three little words that contain multitudes.  Just one small phrase left out of a 186-page bill has made an enormous difference in the way that a business can plan and execute major projects. 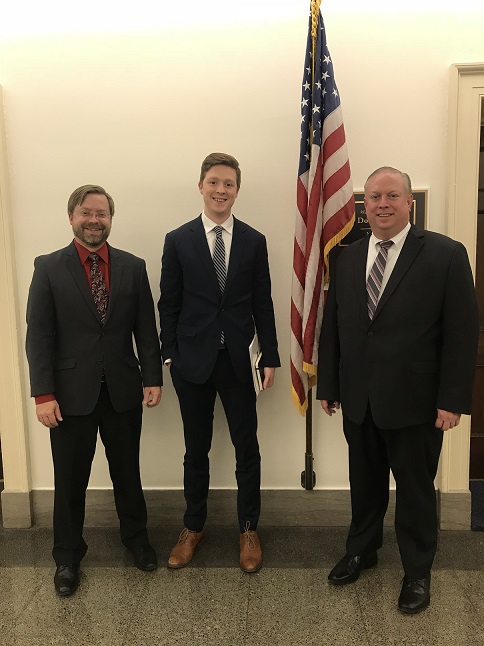 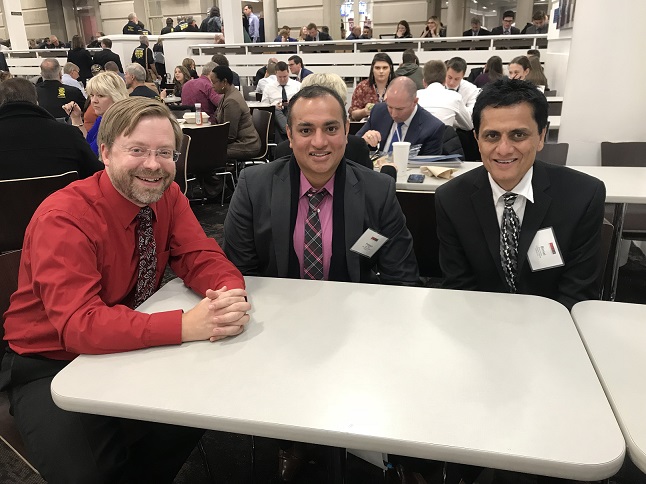 Congress needs to pass technical corrections legislation amending the tax code to reflect their intended goal of a 15-year depreciation schedule for qualified improvement property.  (While no legislation has passed as of this writing, this author hopes that Congress passes a bill by the time this article is published.)  While there is bipartisan support for making this fix—16 Senate Democrats and 14 Senate Republicans have written to the Treasury Department asking that this issue be addressed through some kind of regulatory guidance—there are political power plays at work that could impact its quick passage.

House Democrats, buoyed by their wins in the midterm elections and upcoming control of the House of Representatives, are keen to wait until the next Congress to pass their own version of tax reform to roll back some of the changes made under President Trump.  However, waiting until 2019 to make this fix could mean that businesses have an artificially inflated tax burden in 2018, miss out on crucial bonus depreciation, and face ongoing uncertainty about planning new projects.  In exchange for supporting QIP legislation passage before the lame-duck session ends in December, Democrats will likely force Republicans to come up with some kind of trade-off—but what the Republicans will be willing to give Democrats isn’t clear yet.  What we do know, however, is that the voice of exhibitors will remain essential as NATO advocates for this and other priorities of the industry.