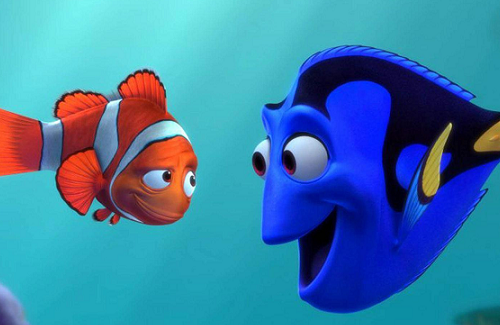 Summer 2016 was terrible except when it wasn’t.

And it wasn’t terrible most of the time, but as is so often the case, a few high profile underperforming movies had the trade press dumping shovels full of dirt on the summer before it was scarcely under way.  A headline in the Hollywood Reporter on June 13 moaned “Summer Box-Office Slump: Revenue Down a Steep 22 Percent”. While on the surface the comparison was for a similar period of time – the first day of summer in 2015 and 2016 through the current equivalent weekend – the 2015 summer season had started five days sooner and accounted for $292.6 million. Now, you can’t make that money disappear, but what you can do is not measure two very different things and call them the same.

The point here is not that comparisons shouldn’t be made, but to understand what it is that you are comparing, or better still to recognize that the sample size is too small to draw any useful conclusions. This is the problem with comparing any weekend to a corresponding weekend in an earlier year. Not only is the sample size too small to draw useful conclusions, but the premise that the movies opening on this particular weekend have anything in common, or should gross the same or better than the movies that opened a year before is difficult to sustain. It is even more spurious that the health of an industry should be judged based on those shaky comparisons.

The parade of bad headlines continued. Variety weighed in with “Box Office Meltdown: Hollywood Races to Win Back Summer Crowds” noting that “Ticket sales are down roughly 10% this summer, but the slide is more precipitous than those numbers suggest.” While also failing to mention that summer 2015 included an extra week, the Entertainment Bible brought on perennial doomsayer Hal Vogel to intone,” The theater business has weaker prospects going forward than at any time in the last 30 years. It’s encountering visible strain this summer. It’s a superhero, mega-blockbuster, tentpole strategy run amuck. There’s too much of it, and it’s not working.”

Note that a month after the Hollywood Reporter sounded the alarm about a 22% decrease year over year (caused, remember, by an extra week of 2015 summer box office), that deficit is now 10%.

The rush to find a trend in limited data is not new, nor is the compulsion to peg a movie’s underperformance relative to its budget as symptomatic of flagging moviegoer desire, but this summer may have hit a new mark in industry analysts ignoring what is happening right under their noses.

In mid-June, when the Hollywood Reporter piece came out, there had been six head-to-head summer weeks or weekends. Three of them were up compared to 2015 and three were down. As the story noted, the weekend just past was down 44%. It did not note that the first head-to-head week of summer was up 79% in 2016. Nor did it note that year-to-date, 2016 was ahead of 2015.

The disconnection was even starker by the time Variety made the summer stand in for an industry in crisis. Aside from YTD box office being up 2% (which they did note) and the summer deficit having been cut more than half – suggesting a different trajectory than the one they were outlining – they also didn’t note that seven of the previous twelve head-to-head weeks were up in 2016.

Just before summer’s end, an unbroken string of “up” weeks (starting the week of the Variety story) prompted Cinema Blend to realize in headline form “Apparently 2016’s Summer Box Office Wasn’t As Horrific As We Thought, Get The Details”. That string continued to the end of the summer, leaving behind a record August (up 32%) and summer box office that was essentially even with 2015, despite being a week shorter.

While summer is still strikingly important as a season where potential moviegoers seem most available, it is not always as important relative to the rest of the year.  Since, summer box office has been routinely topping $4 billion, beginning in 2007, its percentage of yearly box office has fluctuated. From a low in 2014 of 39% – in a year in which box office was down overall – to a high of 44% in 2013 when overall box office was up and set a record of $10.92 billion, it might appear as if a robust summer drives the year’s box office performance.  Yet, in 2011, the summer accounted for 43% of box office and yearly box office fell 3.7%.

What seems clear is that the summer box office haul varies with the movies that are being released, much as the rest of the year does. The key difference this year is that the studio tentpole strategy and a crowded summer is almost inadvertently providing theater owners with something they have been asking for a very long time: a 52-week movie slate.

The intense focus on weekly year-over-year comparisons, absent context, obscures more than it illuminates. The expressions of shock around the industry when final numbers showed that this summer was really pretty good – and in the case of the third quarter and August in particular, extraordinary – reveals a remarkable ignorance of how this industry works. Even more remarkable, it reveals an ignorance of how facts work.