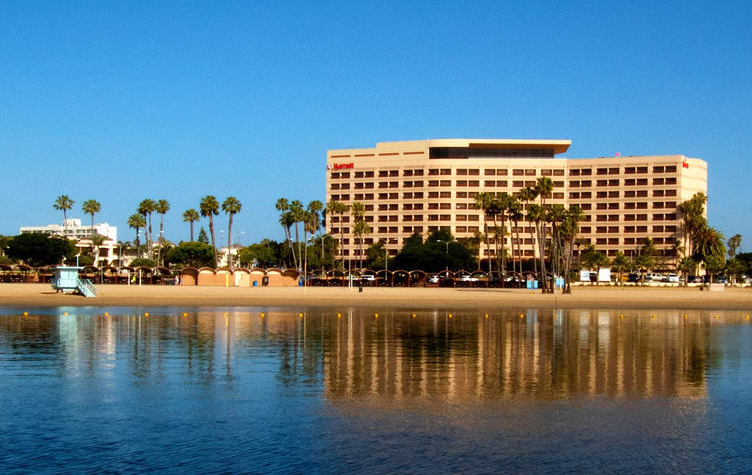 NATO is combining its annual Fall Meetings, traditionally held in late September/early October each year, with the NATO Fall Summit, introduced in 2013, and held in November the past three years. This change was made in response to member feedback, as the new format will allow members to combine their NATO fall travel into just one trip to Los Angeles, and thereby save on travel expenses. In recent years, NATO’s Annual Meetings met every other year in Washington, D.C. and Los Angeles. This schedule allowed members to lobby Congress while they were in session on Capitol Hill, and meet with studios in Hollywood on the off year. The association has switched its strategy to lobby Congress when the need arises rather than wait every two years. That opened the opportunity to keep the Annual Meetings in Los Angeles where studio relations are always a key priority.

The schedule for NATO’s Annual Meetings will be packed over the two day event. These NATO committees, task forces and other groups will meet on Tuesday, 27 September: NATO’s Past Chairmen; the Membership Committee; Government Relations Committee; Technology Committee; Conventions Committee; International Committee; and the Independent Theatre Owners Committee. That evening, all attendees will gather for a cocktail party and dinner, generously sponsored again this year by The Coca-Cola Company. A dessert buffet and cordial bar will be provided after dinner to enable members to socialize with their industry colleagues and friends. (Sorry, no dance floor. We’ve seen our members dance, and it’s just better to leave it to the professionals.)

The NATO Technology Committee will meet on Tuesday, 27 September at noon. The committee monitors and analyzes the latest cinema technology to ensure that they achieve the highest standards set by the exhibition industry. Long-time NATO members remember that the Technology Committee addressed such issues as digital sound systems, cyan dye tracks, automated kiosk ticket selling, film reel lengths and split reels, TASA sound level limits, many other topics. The reinvigorated Technology Committee moves the conversation into the modern auditorium. Led by AMC’s John McDonald and NATO Consultant Jerry Pierce, the new challenges brought by digital technology take a high priority for the association. New issues such as higher frame rates and DCP formats join ongoing issues such as piracy detection technology and captioning equipment for the deaf.

During CinemaCon, the NATO International Committee voted to meet this fall during the NATO Annual Meetings and Fall Summit. There will not be a meeting in conjunction with the ShowEast convention. The meeting will take place on Tuesday 27 September at 4:00 PM PST. The combination of NATO’s governance meetings and Fall Summit provides a better venue for more members to attend. Chair Jan Bernhardsson of Nordic Cinema Group (Sweden) and Vice Chair Valmir Fernandes of Cinemark Int’l will welcome exhibitors from territories around the world, as well as some international association leaders.

The International Committee will continue its discussions on release windows, movie theft, and cinema technology, and include issues such as marketing, regulatory policies, and import issues. Many of the same challenges confronting NATO’s domestic members occur in our international territories as well, so the dialogue generated through the International Committee continues to benefit all NATO members. We encourage all NATO members operating in territories outside the United States to attend.

The meeting of the ITOC takes place on Tuesday, September 27 at 2:00 PM PST. It serves as an open discussion of key issues affecting independent cinemas.

NATO’s General Membership and Advisory Board Meetings will be held on Wednesday, 28 September, and will cover governance matters as well as an overview of key issues and opportunities affecting exhibition. Audience response technology will be used, so the perspectives of all attendees can be expressed and considered. Following the Advisory Board Meeting, NATO’s Executive Board will meet in private session.

Initially conceived as a small gathering of marketing executives in Los Angeles, NATO’s Fall Summit has become a valuable member benefit for over 200 attendees. The Fourth Annual Fall Summit will kick off on Wednesday evening with a film event at the Cinemark Playa Vista Theatre, and continue with a full day of educational programming on Thursday, 30 September. NATO’s Fall Summit is a “members only” program designed for cinema owners, CEOs, and senior marketing and operations executives to stay up-to-date on issues and innovations that affect their business.

The program remains is development, but one key aspect of the schedule is to bring in marketing executives from other industries that face similar challenges as the exhibition industry. Potential guest industries for this year’s Fall Summit are theme parks and sports franchises, both engaged in providing a unique experience for their patrons.

Another major theme for this year will be reaching millennials. The team at CinemaCon are working closely with NCM, which has new research on this demographic. They will also follow-up the success of the past two years by ending the educational sessions with a live focus group of millennials.

Social media continues to be a constant topic of conversation amongst marketing personnel, and the Fall Summit plans to do a deeper dive on the role and importance of understanding and utilizing Snapchat to reach younger audiences. The CinemaCon team hopes to bring in an executive from Snapchat, along with a studio executive, to present data and analysis.

Another potential panel involves the emerging trend of eSports in cinemas. Several exhibition companies have embraced WorldGaming, and the goal is to have a group of cinema executives alongside an eSports executive to discuss the evolution and potential of the business.

Other potential panels and programs include mobile ticketing services, a filmmaker/studio for a private breakfast and/or lunch program, and NATO will soon be announcing a studio to host the opening evening’s presentation/screening at the Cinemark Playa Vista Theatre.

NATO is pleased to provide all of these governance meetings, educational events, and social events to NATO-member owners and executives at no charge. Please plan to join us for these important gatherings of NATO leaders. Registration materials have already been sent by email in May, but please contact the NATO offices for more information.