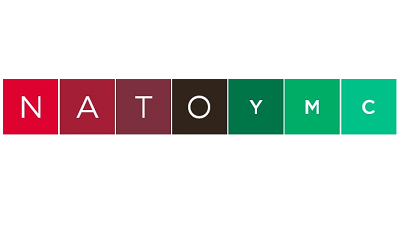 This year, NATO conducted the first survey of our Young Members Committee (YMC) in order to gain a better sense of how the industry is viewed by the next generation of exhibition industry professionals.

We received 45 responses from a diverse range of YMC members. Some respondents have only worked in the industry for one year, while others have been working in exhibition for 16 years. The responses were spread out pretty evenly among employer size: 14 from companies with 500+ screens, 19 from 75-499 screen companies, and 12 from 1-74 screen companies.

In terms of the respondents’ involvement in NATO events, 25 out of 45 have been to CinemaCon and 14 have been to the Fall Summit/General Membership meeting.

The 39-question survey focused on a range of topics relevant to exhibition: from opportunities and risks to the theatrical-viability of certain genres to attracting younger moviegoers.

If you are a NATO member, please use log in to view the full report.

Here is a brief rundown of key takeaways:

When asked to rate different significant opportunities for the industry on a scale of one to five, one meaning not significant and five meaning it is a big opportunity, NATO’s young members found alcohol service to be the most significant opportunity on the list with an average score of 4.44. Automation and artificial intelligence, increased diversity in front of and behind the camera, and recliners and reserved seating also received high ratings. Not far behind those were major studios focusing on creating films that play well globally and the increased use of green technology and sustainability practices in cinemas. Surprisingly, lowest on the list with average scores hovering around a neutral score were E-Sports and virtual and augmented reality.

Later, the survey asked, “What do you think is the best way to create a love for cinema in audiences under 12 years old?” This open-ended question generated a range of responses aimed at maintaining the industry’s popularity in the years to come. “Experience” was one of the words that popped up the most in responses. While every answer was slightly different, the majority of answers focused on the fact that what is being shown on cinema screens will be the ultimate attractor to audiences under 12 years old, but the experience provided at the cinema is also vital.

Many respondents encouraged creating new, fun experiences for younger audiences by providing activities that are exciting and engaging, ranging from giveaways, concession offers, movie-related photo opportunities, crafts, and arcade games. Playing content that can be enjoyed by adults and children was also a frequent part of responses, as the money for tickets and concessions ultimately comes from the adult parents or guardians. As one respondent remarked, “We must offer something that is completely or at least relatively unattainable through the handheld devices that kids interact with daily.”

When asked: “Do you think the growth of easily accessible short-form content has a negative impact on the desire of moviegoers under the age of 12 to consume feature-length films?,” only five respondents said yes. The other 39 responses were spread evenly among Maybe, No, and Too Soon To Tell. This topic will be increasingly important for our industry in the years to come as many social critics are sounding alarms about decreasing attention spans and the impact that will have on our culture.

When it came to risks, shorter theatrical windows were perceived as the most threatening, with directors and actors creating content for streaming services instead of theatrical distributors coming not too far behind.

In terms of which genres are viewed as the most viable long term, Action and Animated scored the highest, while Low-Budget Independent and Documentaries scored the lowest. Related to that: only 12 respondents answered Yes to “Is the reliance on franchise films by major studios bad for the overall health/public image of our industry?”

When it comes to the factors that drive younger audiences to the movies, the respondents rated Social Media Buzz the highest, and Awards buzz/nominations/film festival wins the lowest. Rotten Tomatoes/Metacritic score finished in the middle. The lack of interest in movie awards should come as no surprise considering that the Oscar telecast has been struggling to retain viewership in recent years.

At NATO, we plan on surveying the YMC on regular basis for the benefit of the entire trade body.