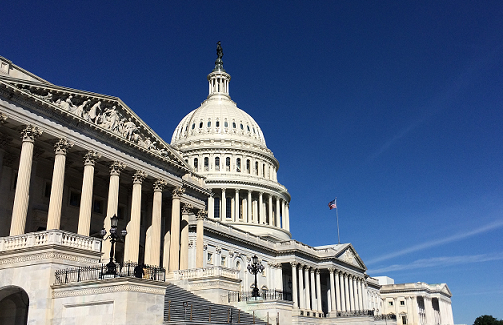 From payment cards to employment policies to disabilities access, movie theater owners and operators face numerous federal policy issues that affect their bottom line.  Here’s a look at some of the current legislative and regulatory matters impacting exhibitors.

This spring, motion picture theater operators and other merchants won a significant victory when bill language threatening to raise fees on debit transactions was dropped from underlying legislation.

In April, the House Financial Services Committee passed H.R. 10, the Financial CHOICE Act, a bill replacing the Dodd-Frank Wall Street Reform and Consumer Protection Act.  Dodd-Frank contained the Durbin Amendment, a provision capping the fees that card processors charge merchants when a customer uses a debit card to make a purchase.  Prior to the enactment of the Durbin Amendment, debit swipe fees averaged about 44 cents per transaction.  The amendment required the Federal Reserve to set new fee limits.  In its subsequent regulation on this amendment, the Fed proposed to cap fees at 12 cents per transaction, but ultimately voted to cap debit card interchange fees at 21 cents per transaction plus additional charges.  The lower fees went into effect in 2011.

Section 735 of H.R. 10 eliminated the Durbin Amendment.  This measure was supported by House Financial Services Chairman Jeb Hensarling, a Republican from Texas.  Hensarling viewed the Durbin Amendment as a government “price-fixing scheme” that led banks to do away with customer perks like free checking accounts.  Merchants, by contrast, considered the Durbin Amendment to be a necessary measure that would bring competition to the market.  Prior to the enactment of the Durbin Amendment, merchants had spent years at the mercy of the major card processors, unable to negotiate lower interchange fees due to the heavy monopoly exerted by Visa and MasterCard on the debit routing market.

Repeal of the Durbin Amendment would have hit theater owners particularly hard, since exhibitors typically process more than one transaction for an individual customer, once at the box office and again at the concessions stand.  For some exhibitors, debit transactions represent nearly 70% of their overall transactions.  Without the Durbin Amendment keeping debit swipe fees low, exhibitors who were able to keep their prices stable since the amendment went into force might have been forced to raise prices in order to address the additional cost of higher fees.

This legislation pitted the card processors against the merchants, a difficult political position for Republicans, who are typically allied with banks and business alike.  Exhibitors and others in the merchant community mobilized against Section 735, pressing Congress to drop the provision from the Financial CHOICE Act before it came to the House floor, thus preventing a potentially divisive vote that could have derailed the bill from moving forward.  Ultimately, the strong and coordinated effort by movie theaters and other retailers succeeded.  House leadership decided to remove this language before H.R. 10 came to the floor.  In June, the Financial CHOICE Act passed the House largely along party lines by a vote of 233-186 (one Republican, Walter Jones of North Carolina, voted against the bill)—without repealing the Durbin Amendment.  The Senate may not take up this legislation, but merchants sent a firm and unequivocal message to Congress:  The Durbin Amendment is one fight they don’t want to have.

Litigation surrounding the overtime rule released in May 2016 by the Obama Administration continues.  At the time of this writing, the injunction against the rule remains in effect.

In May 2016, the Department of Labor released a final rule revising overtime regulations, per an executive order issued by President Barack Obama in 2014.  The rule raised the exempt salary threshold to $47,476, more than double from its current level of $23,660, and included triennial automatic increases.  The rule also allowed employers to count nondiscretionary bonuses, incentives, and commissions as up to 10% of the salary level, so long as employers pay those amounts on a quarterly or more frequent basis.  The rule was scheduled to take effect on December 1, 2016.

On November 22, 2016, Judge Amos Mazzant of the U.S. District Court for the Eastern District of Texas issued a temporary injunction against the overtime rule in response to a lawsuit filed against the rule by 21 states.  As a result, the rule did not go into effect on December 1 and remains in abeyance.  In his injunction against the rule, Judge Mazzant reasoned that the Department of Labor did not possess the authority to raise the salary threshold, but could only modify overtime exemptions based on the duties test.

Exhibitors should be aware that while the Fair Labor Standards Act exempts employees at movie theaters from overtime, at least 21 states and the District of Columbia do not exempt movie theater employees from earning overtime pay.

While employers and employees wait to see how the courts adjudicate the overtime rule, the House of Representatives has moved forward on legislation that could potentially change the way overtime pay is structured.

In May, the House passed a bill giving employers the option to offer their employees paid time off in lieu of receiving overtime pay.  H.R. 1180, the Working Families Flexibility Act would allow employees in the private sector to earn 1.5 hours of compensatory time at their regular rate for every hour of overtime worked.  Employees would be able to earn up to 160 hours of “comp” time.  Employers who offer this option would be required to compensate their employees by January 31 for any unused comp time from the previous year.  Employees must work at least 1,000 hours for the employer in the 12 months prior to receiving this option.  Employees could not be coerced into receiving comp time instead of overtime pay.  Employers could discontinue this program, but only with 30 days’ notice to their employees.

The legislation was supported by business groups, but opposed by unions and workers’ rights groups.  The bill passed the House 229-197, with six Republicans joining Democrats in voting against the legislation.  The Senate has not yet taken steps to pass this legislation.  A companion bill sponsored by Senator Mike Lee (R-UT) awaits action by the Senate Health, Education, Labor, and Pensions Committee.

As noted earlier in this article, many states do not exempt movie theater employees from overtime, and so theater owners in those states may be able to institute compensatory time programs, should this legislation pass Congress.  As with any employment practice, exhibitors may want to seek the advice of local counsel.

Business groups continue to press Congress to support legislation mitigating the effect of so-called “drive-by” lawsuits.  The past few years have seen dramatic growth in the number of lawsuits alleging violations under Title III of the Americans with Disabilities Act (ADA).  Often, these lawsuits are filed by firms or individuals notorious for their litigious approach and who have created a cottage industry of suing businesses for minor or technical violations of the ADA that could be easily remedied.  In some cases, the lawsuits misapply the ADA standards and allege violations where there are none, causing business owners to spend precious resources responding to a suit that has little to no standing.

Then there is the egregious practice of demand letters:  Attorneys who send letters to business owners alleging that their client suffered an unstipulated barrier to access.  The letter’s lack of specificity means that the business owner often does not know what ADA violation, if any, must be fixed, resulting in frustration, confusion, and perhaps mostly importantly, no change to the status quo, because the letter does not tell business owners what barriers to remove.  In these demand letters, the attorney promises not to sue, if the business pays their client some amount of money, often thousands of dollars—effectively amounting to extortion, and certainly not yielding any improvements to access.

H.R. 620, the ADA Education and Reform Act, would preempt these issues by creating a “notice-and-cure” period allowing business owners to remedy alleged ADA violations within a specified timeframe.  Should business owners fail to meet the deadlines of this timeframe—60 days to respond in writing to the complaint and a further 120 days to make substantial progress—then an individual could take further legal action and file suit against the business.  The bill also directs the Department of Justice to provide increased resources toward educating business owners on the rules and standards of the ADA.  This legislation is supported by Democrats and Republicans, who recognize that this legislation would stop abusive practices and ensure that both the letter and the spirit of the ADA are protected.