Moviegoers drive $5 billion in spending to nearby business

(Los Angeles – 18 August 2021) As movie theaters rebound from the pandemic, they will also drive the recovery of surrounding businesses, a new study shows.

Ernst & Young today released a detailed analysis focused on the broader economic impact of movie theaters. The study, Economic Contributions of the US Movie Theater, commissioned by the National Association of Theatre Owners (NATO), analyzed pre-pandemic data from 2019 to understand the economic value of movie theaters to their communities as they look to recover after facing shutdowns, capacity restrictions, and an intermittent lack of new releases.

–          Total movie-night spending in 2019 was about $5 billion through dining and retail activities on the day of theater visits. This estimate is based on observing elevated spending by movie-goers within 2.5 hours and 10 miles of their movie theater visit as compared with their typical spending pattern during other comparable periods when they did not patronize a movie theater. 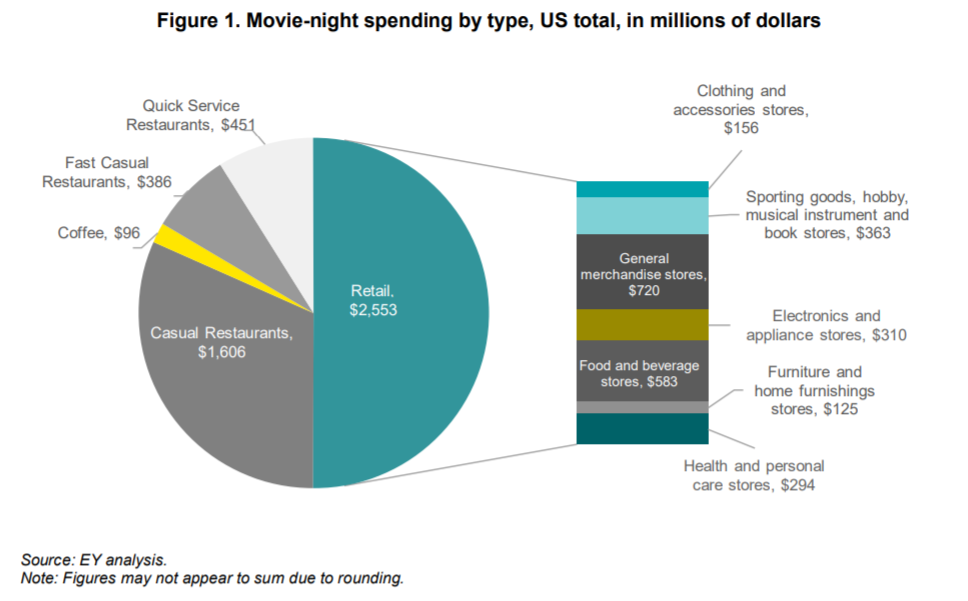 –          The movie theater industry contributed total value added of $29.7 billion in 2019 (including direct, indirect, and induced contributions from both movie theater operations and movie-night spending).

“This study makes it very clear that the recovery of movie theaters will help so many other businesses rebound as well,” said John Fithian, NATO’s President & CEO. “Movie theaters are the essence of the communal experience and they are essential to the economic health of their communities.”

Headquartered in Washington, D.C., with a second office in Los Angeles, California, NATO represents its members in the heart of the nation’s capital as well as the center of the entertainment industry. From these vantage points, NATO helps exhibition influence federal policy-making and work with movie

distributors on all areas of mutual concern, from new technologies to legislation, marketing, and First Amendment issues. www.natoonline.org